When Companies Take A Stand 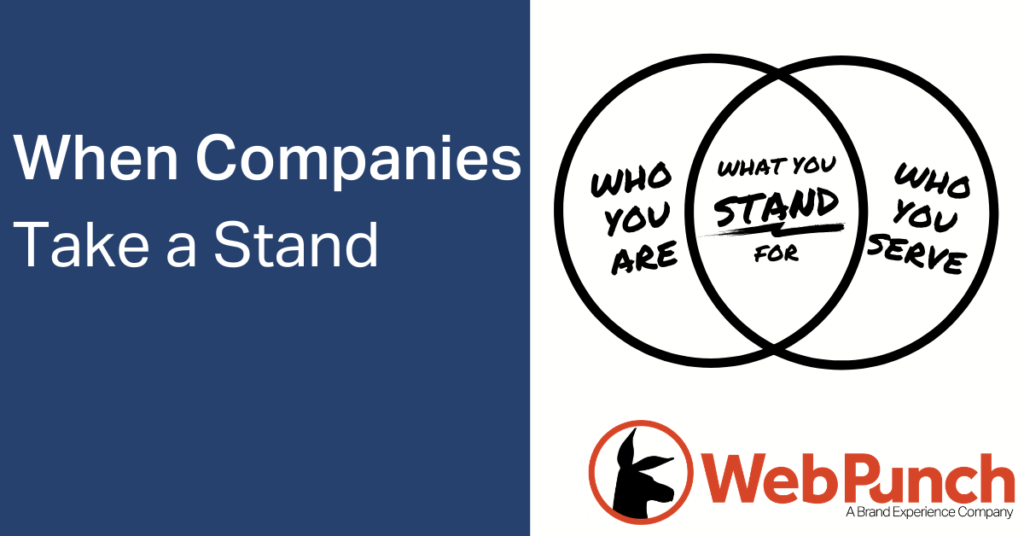 Corporate Social Responsibility, or CSR, is not a new idea, and its importance as part of a brand’s strategy seems to grow every year. Communication professionals and marketers have been aligning brands with social movements and environmental causes for years. Although our instinct and manners may tell us that controversial topics are better left untouched at business meetings or family dinners, times are changing in the world of corporate communications.

Of course, with the pandemic raging and businesses adjusting, this year we’ve all been bombarded with emails from CEOs that contain lines like “in these uncertain times” and “now more than ever” that focus on messages of positivity and unity. Outside of 2020’s crisis communication, which is messaging that we have come to expect, it’s been proven that consumers are more and more interested in supporting brands that take a stand on broader societal issues. According to a study from June 2020, nearly 60% of consumers now feel strongly that a  brand should address social justice issues, and 50% reported that they even research a company’s position before making a purchase.

A passion for environmental causes is at the heart of several brands, so much so that the brands themselves appear to be married to the movement. Brands like Patagonia, Seventh Generation, Dr. Bronner’s, and Ben and Jerry’s have spent years, even decades, being vocal advocates about the state of the earth’s climate and showcasing their commitment to sustainability. This works for them because the cause they have taken up has become a central part of their messaging and it seems that their core consumer appreciates, and agrees with, their activism. Most importantly, it doesn’t appear to be disjointed from their business practices.

With more frequency, we have seen major brands speak to racial justice and LGBTQ+ issues. When Nike released its 2018 ad featuring Colin Kapernick, there were waves of backlash with protestors promising a boycott, but at the same time, Nike stock reportedly increased by 5% after the announcement of the partnership. Interestingly, though the country seemed to be divided on their opinion of the method of the protest, Nike’s risk paid off financially by aligning their messaging to show support.

It certainly seems that there has to be clear synergy between the company’s service or product and their stance on an issue. The strategy behind their CSR efforts can’t be a leap for consumers to understand. This was the case for Gillette when they introduced an ad in 2019 that addressed toxic masculinity and called on men to ditch the “boys will be boys” mentality. Though the ad got a ton of press, a lot of it expressed negative sentiment toward the commercial. Was this because it was a radical switch in messaging from their previous branding? Was it because men want to simply know the benefits of the razor and shave only, instead of hearing about a larger societal issue? Was it just too much emotion? Whatever the reason, people talked about Gillette, and that old familiar saying that bad press is better than no press comes to mind here. It doesn’t appear that they were financially hurt by the negative musings on their ad,  but were merely included in the conversation after it aired.

Beyond simply dropping an ad that picks up on trending social justice issues, most large companies have a CSR plan that ensures efforts stay in the issue buckets they have chosen for the brand. Most plans have a three-pronged approach for supporting non-profits and causes that include giving time, talent, and the all-important dollar. Companies can encourage and promote volunteerism by giving employees paid time off to volunteer on their own, or with their team. There are companies that encourage, or even require, their leadership to take roles on nonprofit boards and make time to give of themselves and their expertise. This boosts employee engagement and also can be used as a promotion for the brand, allowing marketers to highlight a strong commitment to the community.  The giving of time can show that a company really walks the walk and is dedicated beyond just cutting a check.

Corporate giving is enormously impactful for organizations that rely on donations to do their work. According to Giving USA’s 2019 Report on Philanthropy, donations by corporate entities in 2018 was slightly above $20 billion dollars and increased 5.4% from 2017’s donations. It’s common for marketing teams to create cause-marketing campaigns and co-brand with non-profits, as well as create plans and enact campaigns where a percentage of sales from consumers goes directly to charities. 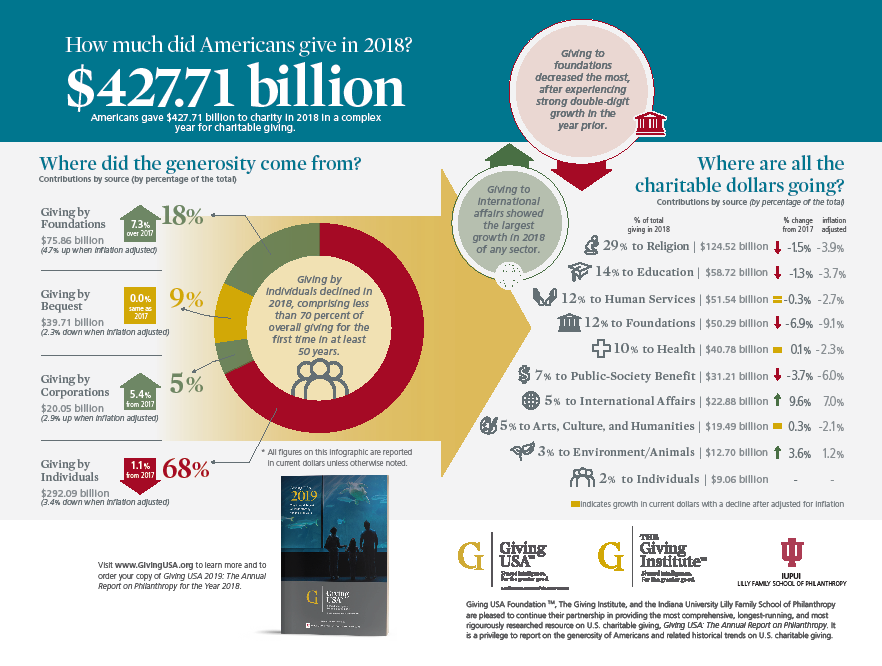 Why put the focus on efforts and money going out of the budget to a good cause? Part of it is to do the right thing, but there is another reason. When consumers buy from a brand, it’s not just logic that drives purchase, but also an emotionally-based decision. How did they feel when they supported a company? What does this company believe in?

These days, it may be clear to your business when to speak out and what issues to align with. If it isn’t, we suggest you take the time to plan a strategy that is well-thought-out. Instead of just using social media messages to align with a cause, it’s likely more impactful for your brand to have an approach to causes that resonates with who your business is. It’s also ideal to back your words up with action. Maybe your team can pull together and volunteer for a day, or perhaps your leadership team can represent your brand and donate their skills by serving on a non-profit board.

If 2020 has shown us anything, besides the pervasive nature of constant change, we’re learning that for most brands, having an opinion and announcing it has become the new norm. What issue is your business passionate about? We’d love to hear your advocacy stories and encourage you to share them with us. Drop an email to mahala@webpunch.com and let us know if there is a cause that is especially important to you!

Mahala Evans is proud to be part of WebPunch’s Content Team. She was raised in beautiful Boulder and then lived in Boston, where she learned about hardcore baseball fans and also went to college. Her professional background is in communications and fundraising for non-profits. She now lives in Colorful Colorado with her husband and their two daughters, where the baseball energy is lacking but the sunshine is almost daily. Her mantra for 2020 is “start where you are, use what you have, do what you can”-Arthur Ashe