VIDEO: Getting Negative Reviews from Google and Yelp Removed 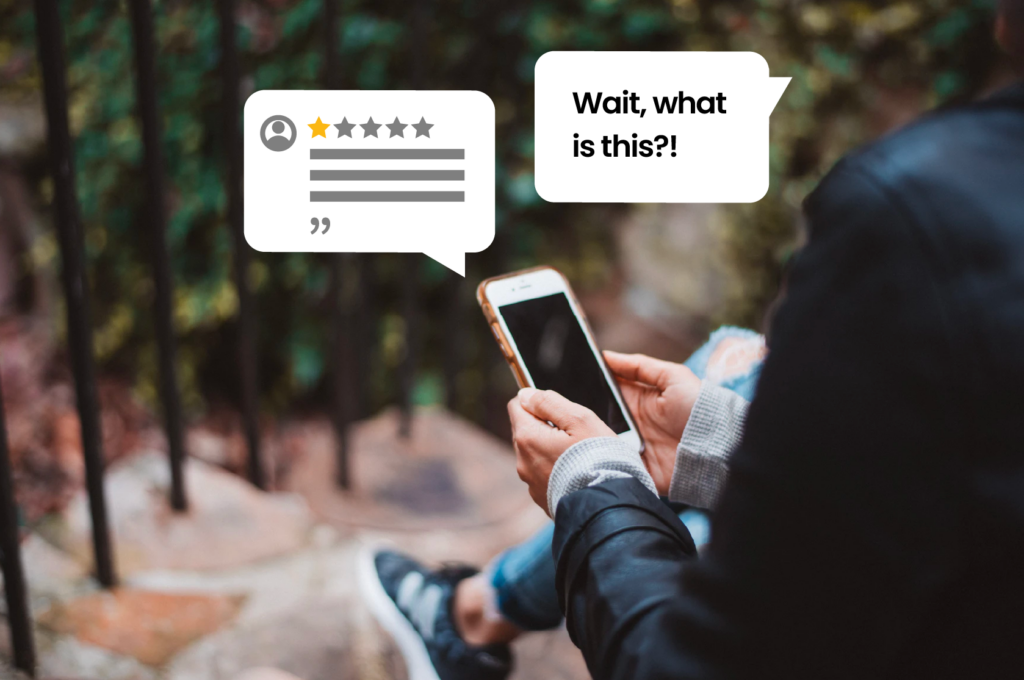 How do you get reviews removed on Google and Yelp? That’s the big question people always ask us and we’ve got the answers for you. My name is Matt Jones. I’m your teacher and this is WebPunch’s School of Online Reputation Management.

Today’s topic is one that every business owner is usually concerned about when they go and look at their Google and Yelp reviews. Reviews are going to happen and even negative reviews are going to happen sometimes. We understand that even the best businesses will have times where they made a mistake or sometimes get customers that are impossible to please. I had a professor in college that didn’t give anyone an A, so there are people like that as well. Even though you’ve done an amazing job, they just aren’t going to give you the highest remarks that you could possibly get.

Let’s jump into it. We’re going to start with Yelp’s guidelines and Google’s are very similar. What we’ve found is that if we flag a review that has violated some of the guidelines that Yelp has asked reviewers to follow, a lot of times that review will get removed from your business listing. Here’s what those guidelines are.

Inappropriate Speech If a person is cursing a lot, Yelp will say that that’s colorful language (which is okay), but if it’s hateful speech, if it’s bigotry, if it’s threatening, then that’s against their guidelines and those reviews can be removed.

Relevance  Yelp doesn’t care about the employment practices of the business or what the political stance of that business is – that’s not something they really care about. They want those reviews to be relevant to the core aspects of what that business offers the public.

Intellectual Property If you’re posting pictures or content that someone else wrote, those reviews will be removed.

Payments If you’re saying, “Hey, I’ll remove this review if you give me a refund or if you pay me such and such dollars,” that type of thing isn’t tolerated on Yelp.

Factually Accurate If someone’s embellishing, if they’re misrepresenting the real experience, those reviews can also be removed, and that’s something that you really want to check as a business owner. If that person’s writing something that’s not accurate you definitely want to call them out on that. You don’t want to be confrontational, so refer to videos that we’ve done about responding to reviews, but you want to make sure that the facts are represented in an accurate way.

Updates  When someone updates a review, ‘update’ isn’t new content if it’s not new interaction with that business. That’s not something that Yelp wants; they want fresh content. So if you’re going to update a review you’ve written, make sure that it’s a new experience that’s being documented.

If any of those guidelines are violated, you can actually add Yelp’s policy info to your response to the review – and a lot of times, Yelp will remove it.

Here’s how that process works to report the review:

Here’s a little bit about how to respond to that review.

We’re running out of chalkboard room here so I’m going to just put the first part of that response, but this is an example of what you could write, and something that we’ve done before to have reviews removed from Yelp on behalf of our customers.

“Hello Name, I’ve checked our database and we have no record of you as a client, nor do we have documentation of you inquiring about our services. Perhaps you have confused us with another competitor. Yelp guidelines state…” And then, you would go ahead and copy-clip the guideline that you feel like they violated, which will be one of these below. 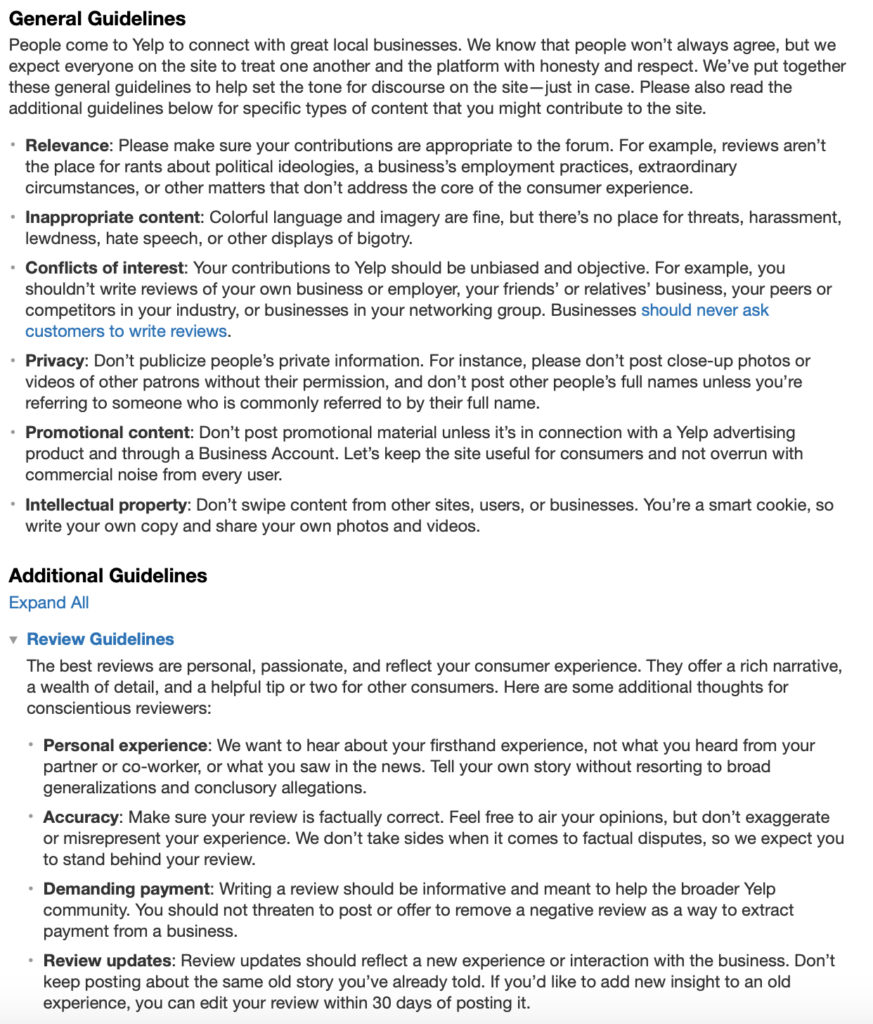 Continuing on, this is what you would say in your response. This is just an example of what you might say if someone had left a review for your business that wasn’t really a firsthand review. “You may read these guidelines for yourself on Yelp’s policy page. Because of this, I kindly ask that you review your records and remove the review. I am also happy to meet with you or call to discuss. My number is…” And you would give your number.

It’s a very similar process on Google. There’s an icon next to the review that you’re going to flag, and then you’re going to copy the offensive language that the reviewer left in their review of your business. You’ll then copy the guideline language of the guideline that they violated and paste it into the reply of your review. We’ve done this with a lot of success.

If you don’t want to go through all of this process and you want WebPunch to handle it for you, we certainly will. We monitor reviews, we respond to reviews, and we’re pretty good at getting reviews removed on Google and Yelp.

These are sovereign sites and they can do what they want, but if you point out to them why these reviews violate their policies and their guidelines, a lot of times they’ll notice that you flagged that review, they’ll pay extra attention, and will remove the reviews.

That’s WebPunch’s tips for how to get erroneous reviews removed. We’ll see you at the next class. Remember, with WebPunch, we knock out your competition one review at a time