Dealing with the Threat of Negative Reviews

I have to admit that even recently, I have threatened people. There wasn’t any talk of placing their prized stallion’s severed head next to them while they slept or anything. I didn’t grab them by the lapels and slam them into metallic lockers like a high school bully. No, I threatened to leave a bad […]

Ah, Happy Halloween, WebPunchers. It’s Matt Jones coming at you with a special Halloween edition of WebPunches School of Online Reputation Management. Let’s talk a little bit about Halloween and horror movies and what gets some of the people killed on said horror movies. Don’t be like those people. Learn the lessons that can help […]

Lessons Learned From NPR’s “How I Built This”

There is a zen proverb that states, “It takes a wise man to learn from his mistakes but an even wiser man to learn from others.” I like to get inspired and hear about how other business people have turned their massive efforts and sacrifices into major successes.  One way that I do this is […]

Growing Pains: A Look Into WebPunch

I grew up in the eighties.  I wore a swatch, hurt myself break dancing and jammed out to The Cure whenever I could.  Another thing that preoccupied my time was watching quality entertainment such as: Predator, Commando, Rambo and occasionally, a greased-up Hulk Hogan laying waste to his bad-guy opponents in the wrestling ring. My […]

Who Posts the Most Online Reviews? 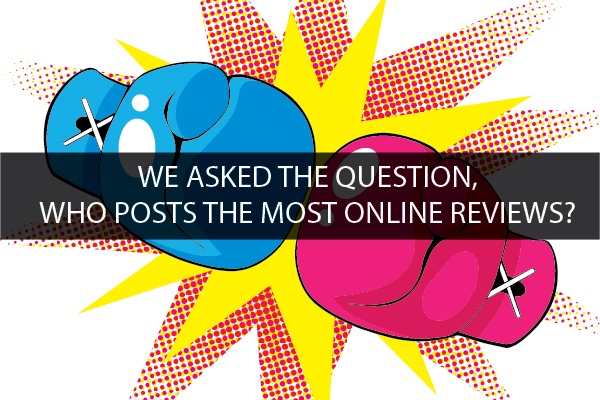 Men may be from Mars and women from Venus, but we wanted to know who posted the most online reviews on planet Earth. So we looked into it and discovered a lot more than just that. We found out where in the country men and women are posting from, what they are posting about, and much […]

Review management and what you can do to look your best online when people are doing searches for your business. I’m Matt Jones, one of the co-founders of WebPunch, and last week I was in hot Atlanta. With all that back sweat going on, I don’t know if people weren’t thinking clearly, but I was talking […]

VIDEO: How to Improve Your NPS® (Net Promoter Score®)

Hi. I’m Matt Jones with Web Punch. And I’m here to talk to you about how to improve your NPS®. A Net Promoter Score® is a really great way for you to understand the things that you’re doing right and wrong with your business, and it can be a great way for others to see […]

Sun Tzu was an ancient general in China who was very successful in battle and he wrote a book called “The Art of War.” Now, you CEOs may look at your competitors as shadowy figures that are stealing the food away from your kids’ mouths, or you might look at them as friendly competitors who […]

Make sure your Yelp views do not get filtered and put into Yelp’s “Not Recommended” folder. I’m Matt Jones, I’m your professor of reputation knowledge and I’m here to talk to you more about that. If you’re a business owner, one of your biggest complaints on Yelp is that you get reviews on Yelp, but […]